In the latest edition of ‘Shop Spotlight’ we caught up with Skate Pharmacy owner Nic Powley who talked to us about the pressures of running a shop in the south east, the shop team and the public trying to pick up prescriptions. 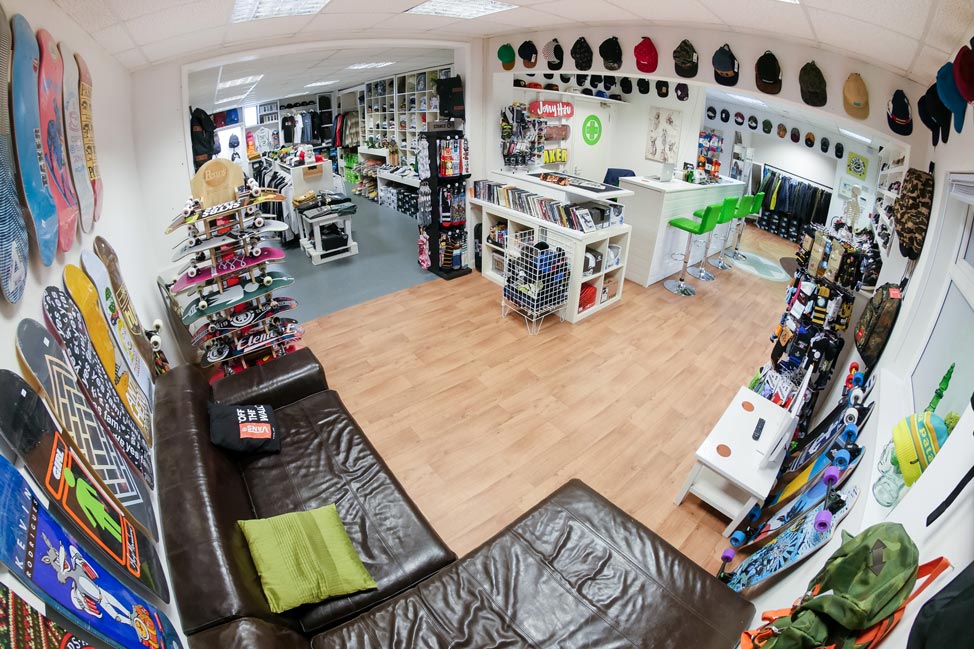 What is the name of your shop and its location?

Skate Pharmacy in Margate, Kent. For anyone that sucks at geography that’s about as far south east as you can get. It’s a nice place to be and the climate is great plus the skate scene is growing fast.

I just want to run a shop that I’m proud of more than anything else, just support skating in the south east however I can, stock rad stuff, have a good relationship with our customers. One of the most satisfying things is seeing kids jaws drop when they come through the door for the first time and realise how many decks and stuff we have in stock to choose from. 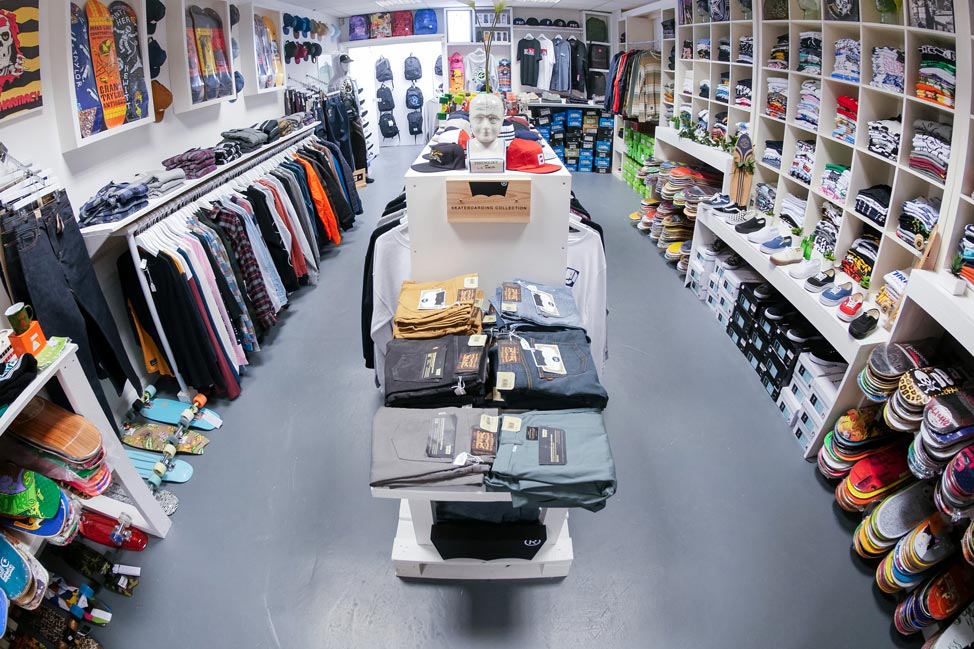 What made you decide to open up?

I was getting to that age where if I was going to do something for myself I needed to commit to whatever it was going to be or just carry on working for other people. I had felt for a while that my time at Vans was coming to end and the events side of things was slowing down a bit too plus I was kind of burning out on it after 10 years or more. I just needed a new focus and challenge and it ended up being Skate Pharmacy. It’s been really really hard work and a lot of stress for the first few years but it’s nice to see it starting to pay off now. 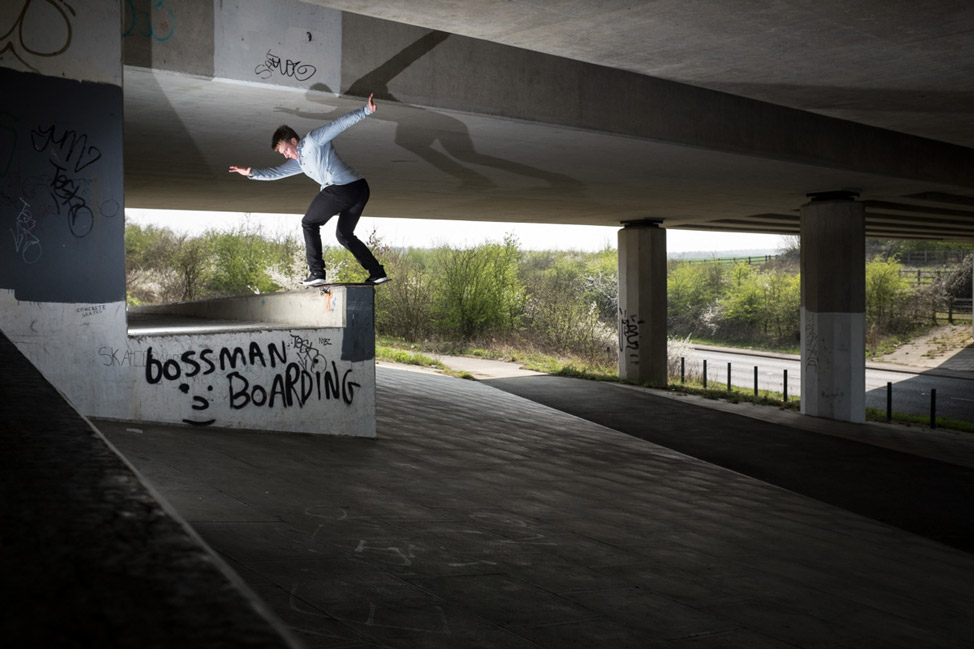 You have a heavy shop team. How did you get those guys to ride for you after being open for a short time?

Well that happenned surprisingly easily and naturally. Cates asked me for a sweatshirt so I said he could have one if he rode for the shop which he said yes to mostly because he was moving here anyway and he’d do anything for a free sweatshirt! Then we had a few names kicking about of guys we wanted to ask that we knew didn’t ride for other shops like John Howlett and Charlie Munro who then both said yes with no hesitation. I’ve known Ross McGouran for as long as I can remember and I think we were just chatting one day and he said he’d like to ride for the shop too, which I was so stoked about because both him and Dan have been around for a long time and I knew they wouldn’t be up for riding for the shop if they weren’t into it. After that it just kind of snowballed, I think when people started seeing how much we were doing and who else was on the team they wanted to be a part of it, most of them got in touch with us rather than us asking them. I’m stoked because although they all live all over the place we all get on really well and they’re all incredible skaters, really different styles but I rate all of them. I think it’s a really good well balanced team. We also help out some local guys and we’re keen to push them onto to bigger and better things so having the ‘pro’ guys around is good inspiration and it’s really helped push the standard of local skating and instilled a bit of a sense of pride in our local scene as they’re is a bit a of sense of being cut off down here sometimes. 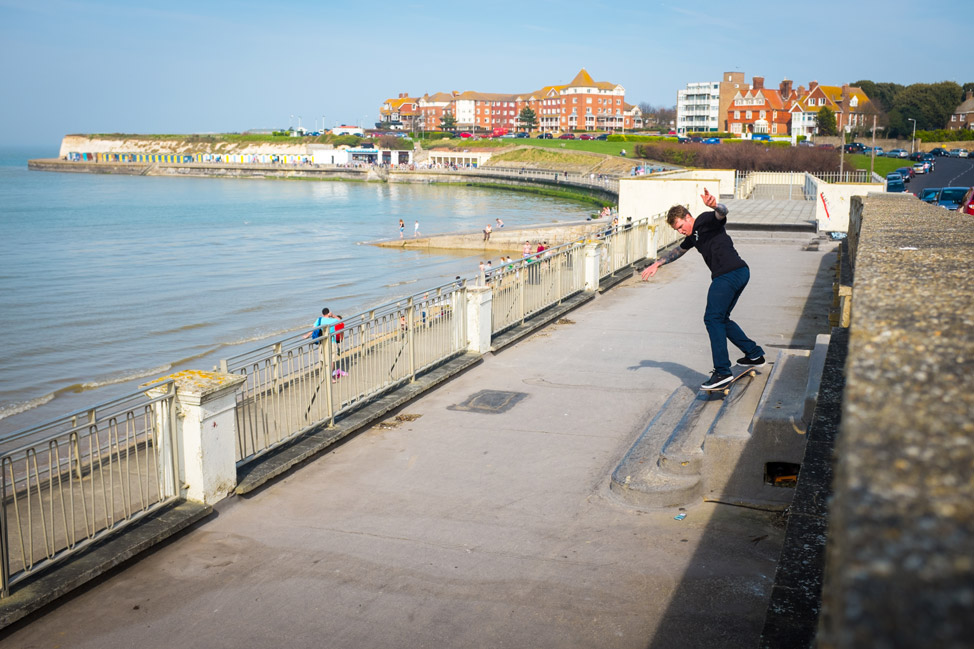 You have had a lot of prior experience running skate teams, how does it compare to running a shop?

Running a team was my main job and now it’s about 1% of what I have to do. To be honest Ben probably has more contact with them day to day but I’m always stoked to spend time with them all when they’re in town. I guess running a team is way less stressful than running a shop but of course it’s all valuable experience. I’ve done a lot of jobs in a skate industry but the one thing I’d never done before was work in a skateshop so it’s been a huge learning curve, we got a lot of stuff like the team really right from day 1 but we made plenty of mistakes too! 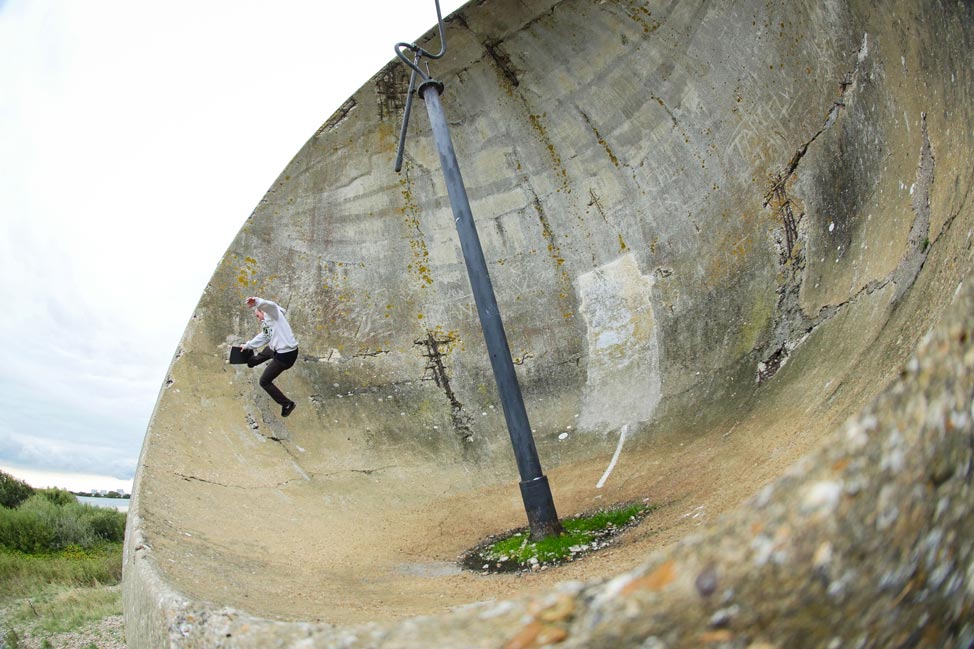 Have you got any plans to get a shop video out over the next year or so?

Well yeah we plan to but whether it will happen is a different matter. We were making good progress last year but we got sidetracked with stuff like Sidewalk Store Wars and the Converse Core Store Challenge over the summer and that took out a lot of our time and effort. Plus guys like Ross are away a lot so getting footage with them is tricky. Kris Vile and John Howlett had full sections pretty much done so we made the decision to put them online and start afresh. We don’t want to put out something half assed so it will be ready when it’s ready. 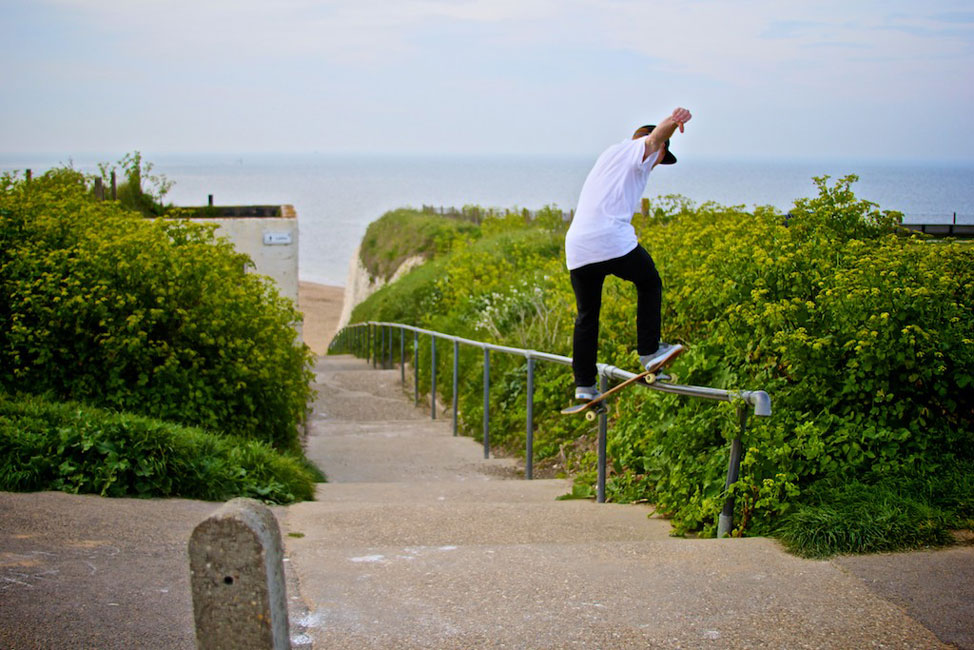 Tell us a bit about ‘The Surgery’?

Our unit is part of a larger building which has been divided and sub divided. It sort of left a weird void behind our shop which was difficult to access. The landlord offered it to us and we just smashed a door through from the back of the shop. It’s a private facility we use for filming and stuff plus we have a staff skate night usually on Wednesday where we display our complete inability to ride skateboards but it’s always a good laugh. We’re just building some new stuff in there at the moment but it’s hard to get time as obviously shop business comes first. Vans supported us the first year and helped out with the rent, which kind of made it possible. That deal’s at an end now so we’re hoping another brand will see the benefit and want to get involved. We hold a monthly game of SKATE out there and random little events and jams plus let the shop regulars have the odd session. It’s been really good for keeping some momentum in the scene especially over winter.

Has anyone ever come in to the shop and dropped off their prescription?

All the time, we get it at least once a week. It’s sort of understandable but it’s when they sort of argue with us “But it says Pharmacy on the door” it gets a bit ridiculous, some people get surprisingly angry!

The website is skatepharmacy.co.uk. Our online sales game is pretty good, everything we have in stock goes online straight away plus we keep the Blog regularly updated and we’ve got a new ‘Dump’ page which is just classic video clips and other stupid stuff to pass time. You can sign up for our newsletter on there too, which keeps you up to date with new brands and products as well as sales and offers and anything else we’ve got going on. 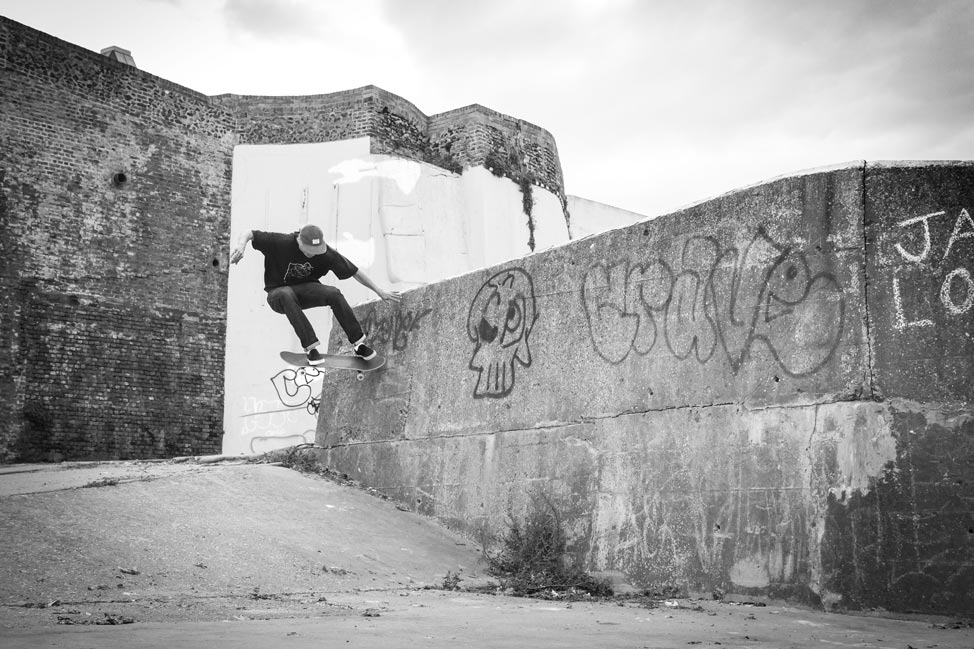 Yeah our Instagram is @skate_pharmacy same as Twitter. We try to keep the social media thing a good balance of skating, team stuff as well as products we’ve just got in or deals we’re running. It’s hard to know the right way to do things with Social Media, we have a lot of followers though so I guess people are into what they see.