Freestyle Skatestore in Newport is next up in our Shop Spotlight series and Darran ‘Grim’ Ward has come through with one hell of an interview. Talking about the history of skateparks in Newport, the strong transition scene in South Wales and cameo appearances in low budget zombie movies, this makes one good read!

What is the name of your shop, its location and when was it founded?

The shop’s name is Freestyle Skatestore, it was founded in 1995 by Ray Strawbridge and it is located in Newport, South Wales, smack bang in between Bristol and Cardiff.

We feel that our little country tends to be overshadowed by its English brothers in arms and so I feel our mission is to help and nurture the skateboarders in our area, so that everybody realises how rad our scene is here. On a smaller level, if somebody can come into the shop and leave having a better day than they were already having, we are also happy with that! We like to feel that we are the friendly face of skateboarding; being nice costs nothing. 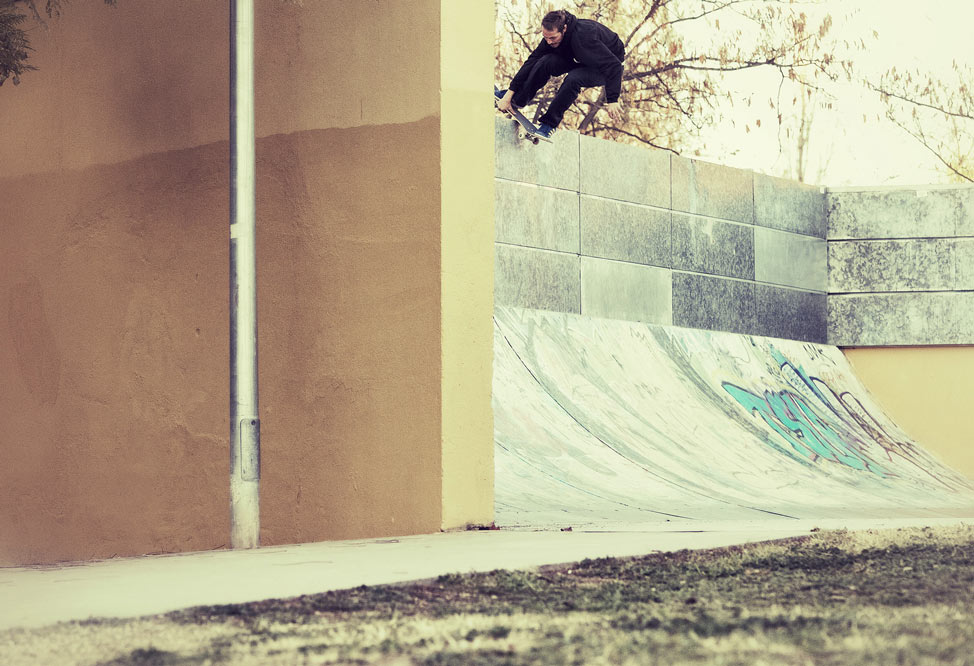 There have been a few skateparks in Newport over the years before Tredegar was built. Did the closing/knocking down of these parks have a negative effect on the scene in Newport?

Not long after Skate Extreme opened (the name might lend a clue to what the guys who opened it were about), it needed to be pushed in the right direction. Obviously having a vested interest in the park we turned up when it was being built and were greeted with a question “rollerbladers are you love?”, to which we replied, “nah! skateboarders we are!”, to which their response was, “skateboarders? Nobody skateboards anymore!” But luckily they came round to our way of thinking, changed a few things and for a time we were lucky enough to have a really good indoor skate park. It hosted a lot of really good competitions pushed by us and served a great purpose to the community.

Unfortunately as time went on it started to deteriorate. The owners divorced, became alcoholics, got into drug dealing and to be honest in the last couple of years it was open, I could probably count on one hand the amount of times we visited that place. Eventually, the final nail went in the coffin when it suspiciously burnt down. To be fair though, that was no particular great loss due to the fact that they weren’t maintaining the park or even paying electricity; the whole place was being run off a small generator. I remember being on top of the ramp doing something crap like a front side slashy and the generator ran out of petrol and I was plunged into darkness! I lost my shit, 12 foot up blind! If you’ve never seen Skate Extreme, check it out online. There should be a few videos floating about on YouTube.

We also had a skate park over Spytty close to our velodrome that fell into ill repair. Whereas the transitions were pretty good the flat bottom was put in at the wrong time by the wrong people and pretty soon after it was built, it turned into a cheese grater. Even now it’s pretty missed though, more so due to the fact that it was very convenient for people over that side of town. Now it’s over the other side of town people like to have a moan. We had some great competitions there but to be honest it needed to be knocked down anyway and redone. I was fighting a constant battle with Maverick and the council to get it fixed, but it turns out that the reason why I was being fobbed off was because it was always planned to be demolished to make way for new Astroturf to support Welsh football development. 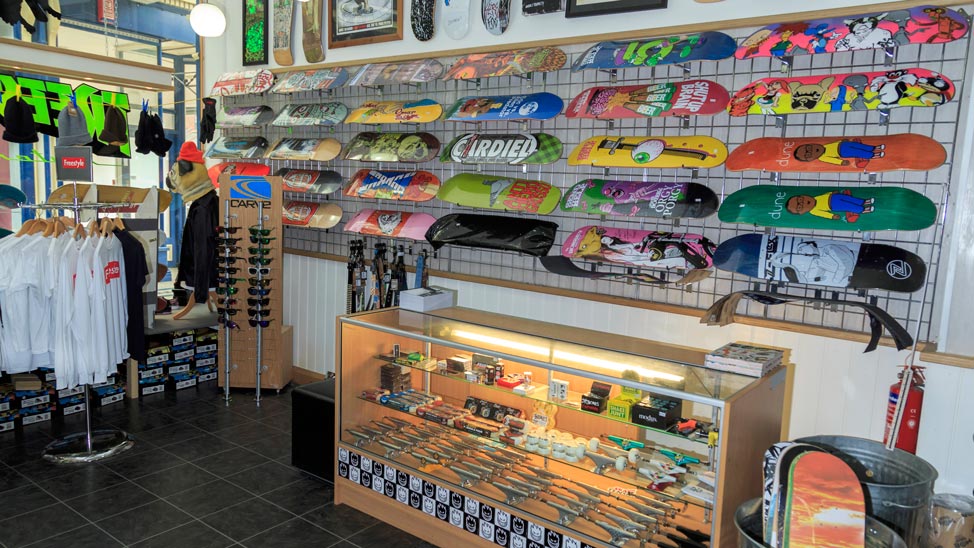 How much input did you and the shop team have in the building of Tredegar Park?

After seeing some of the dog shit being produced around the country when skateboarders aren’t involved, we were very vocal in being at the forefront of how Tradegar and more recently Cwmbran skate park would turn out. Luckily the councils are in agreement. I petitioned very heavily that there wouldn’t be too much of a gap between Spytty being knocked down and Tredegar Park being finalised. It was a little longer than I would have liked, but we got there in the end. 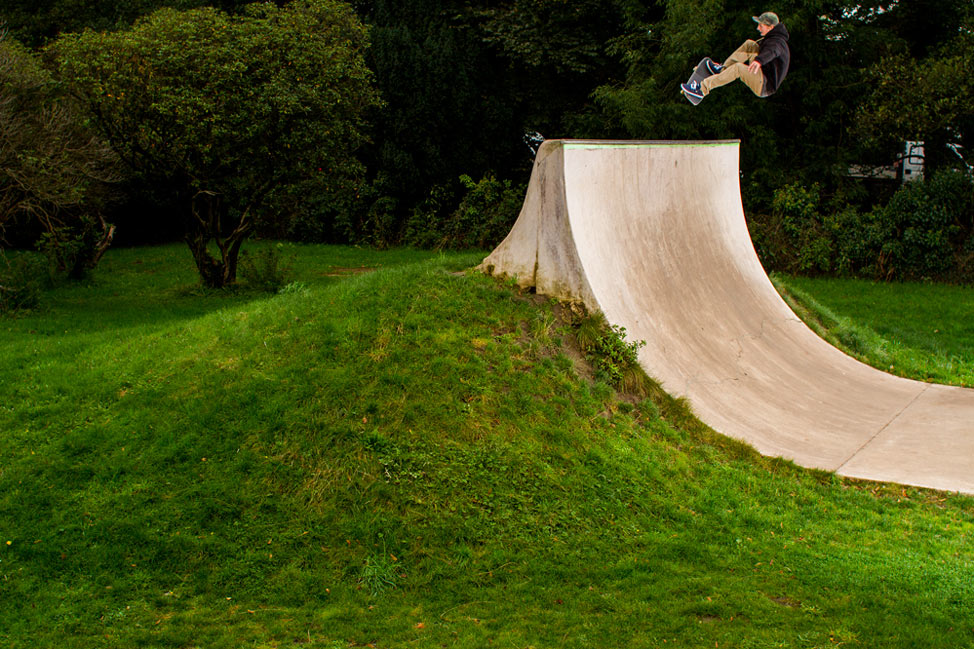 Has the opening of this park improved the quality of skateboarders in the local scene?

It worked out well for us in the end. If you look at how modern skateparks started off, for example Caldicot, you don’t need to make everything small. For people to progress they need to be given something challenging and Tredegar (a.k.a. Carve Wicked) Park is just that. It’s moulded one of the craziest transition scenes you can possibly imagine. We dream of Oregon, Burnside, Washington Street and scenes like that. LOVE Park was cool and to see Ricky Oyola push down the street gets me hyped but our hearts are in the transition. 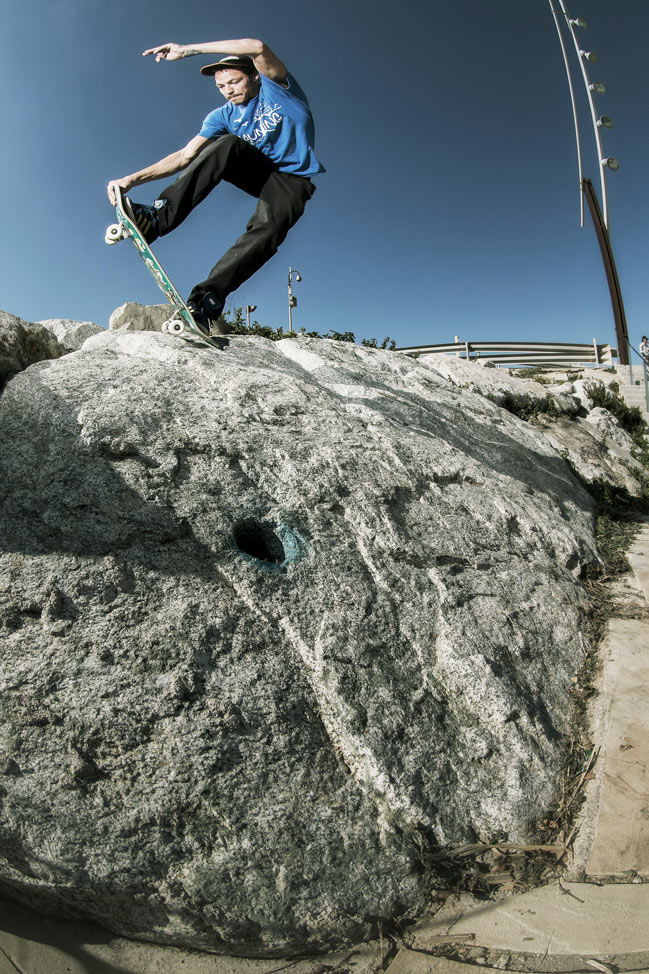 If you had to diversify from selling skateboards, what would you choose to sell instead?

If I wasn’t selling skateboards, I would have a proper job again. I’m not in love with retail – I’m in love with skateboarding. We have been asked for some crazy stuff over the years, an old dude asked if we sold ladies’ pantyhose once. Welsh rugby shirts, lots of swimming stuff. Actually I do have a love of martial arts. It would be really cool to think that there was money in that, jebus, it’d be really cool to think there was money in skateboarding ha ha! 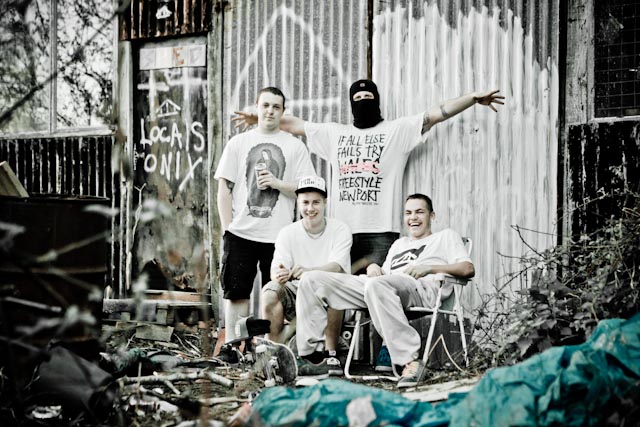 How many low budget zombie films have you made cameos in?

Ha ha, I love this question! Sadly we have only been involved in one low-budget zombie movie, confusingly named “Zombie Wankers 2”. Now this is a perfect example of how our scene works! Three days before Halloween, Lt Meat decided he wanted to make a zombie film to release on Halloween. Cue Facebook post asking the local kids to dress up as zombies and getting a few of the heads together that were more than willing to make plebs of themselves and boom, Zombie Wankers 2 was born! If you haven’t seen it head on over to Vimeo now, it’s the tits. It was so rad to see all the way to the end because nobody knew apart from Lt Meat about the surprise ending. Stay tuned for “Zombie Wankers Six”!

Ugh, the internet! Because we’ve been around way before the Internet was a thing, it’s kind of disappointing that more people don’t visit our site. We are a proper skater owned store that just doesn’t have the cash to spend on Google rankings etc. Our site isn’t the most polished but it is easy to work your way around and it takes all the right cards. If only Instagram likes and wants translated into actual money, our site would be smashing it. We try and bring a little bit of personality to our site. Some of the photos of the T-shirts are taken on the floor, some of them are stolen from my mates shops, some of them are stolen from shops that aren’t our mates haha! I think I actually credited David at Native as the model once, he took it in good spirit, he is a good dude. Dave’s site is really nice. You should maybe check that out after ours ha ha! FREESTYLESKATESTORE.COM 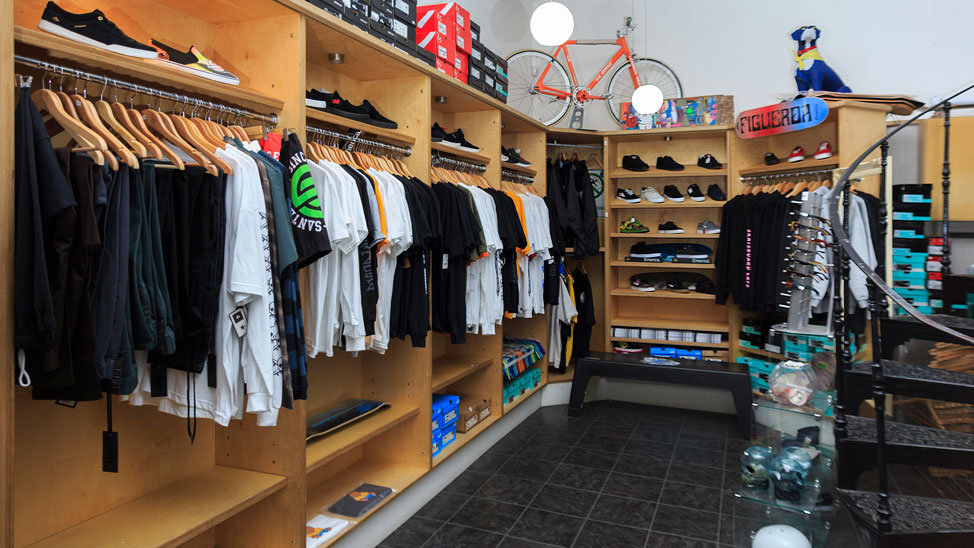 I am an absolute fiend for Instagram, I tend to use my business one as a personal one as well, so expect lots of cute pictures of my daughter Nora and dogs Buddy and Dinks. I just kind of use it like a diary and I think it works out more interesting that way, or interesting for me anyway and it keeps the content coming. There are about five different Freestyle Facebook’s flying around, some I set up and forgot the password for and some other people set up. But the main one has got our iconic cross axe logo designed by friend of Freestyle Richard Sayer (French) as its main profile pic. We’re also kind of trying to get back into Tumblr right now. I think I need to hand over the reins to my YouTube because we’re not actually filming anything, it’s kind of a waste. Overall I’m not a huge fan of the Internet as a whole, I just miss the 90’s which is where our shop was born and I think you will feel that if you walk through our doors. We appreciate every single person who help us out, whether it’s filming something for us, buying something off us, spreading the love, or just hanging out and making us feel like we’re doing something right. 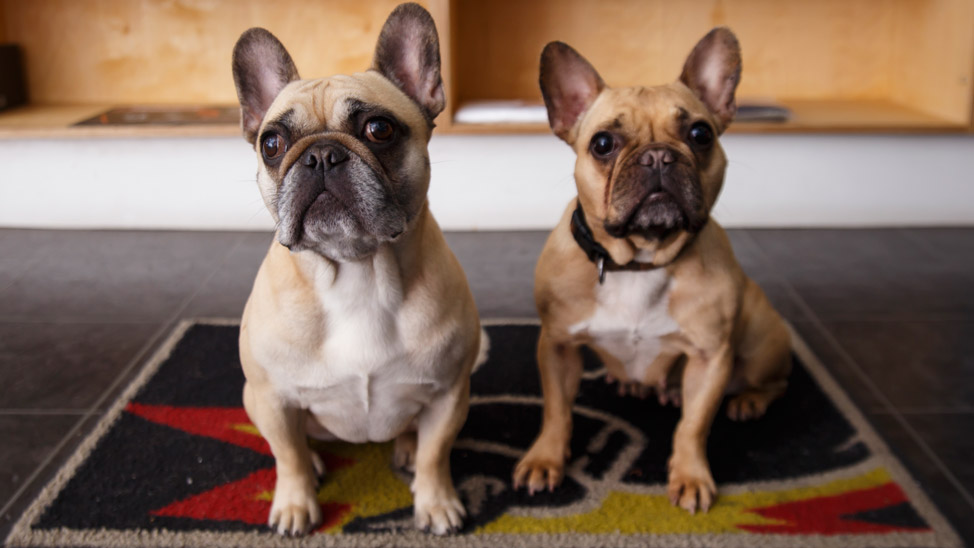 All shop photography by Harri Merhotra.