In the second of our Shop Spotlights we have travelled to North West England to find out more about The Black Sheep Store in Manchester from vert ripper Reiss Johnson. Over the past ten years, Black Sheep have become one of the UK’s most successful stores in UK and European comps. So we found out about their history, the Mancunian up-and-comers, their shop team and achievements.

When did the shop open?
We opened as the Black Sheep in 2008, however we have our roots in Central Skatepark which started in 2005.

What’s the shop’s modus operandi?
We employ people who are passionate about skateboarding and love what they do. We answer to the needs of Manchester’s ever-increasing scene as well as trying to give back to the skaters. All whilst running both a bricks & mortar store and an online shop! 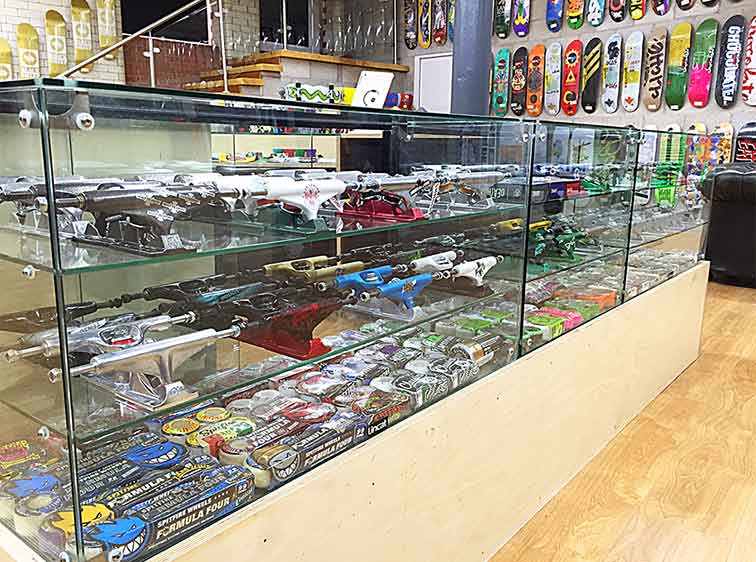 What’s the shop’s greatest achievement?
Probably being 5 time UK shop riot champions as well as winning the European title twice. Either that or the opening of our new store.

Who are the up ‘n comers round there?
Wow, there are so many young’uns killing it locally. Right now there is Lucien Costello, Sam Jones and Leo Turner. 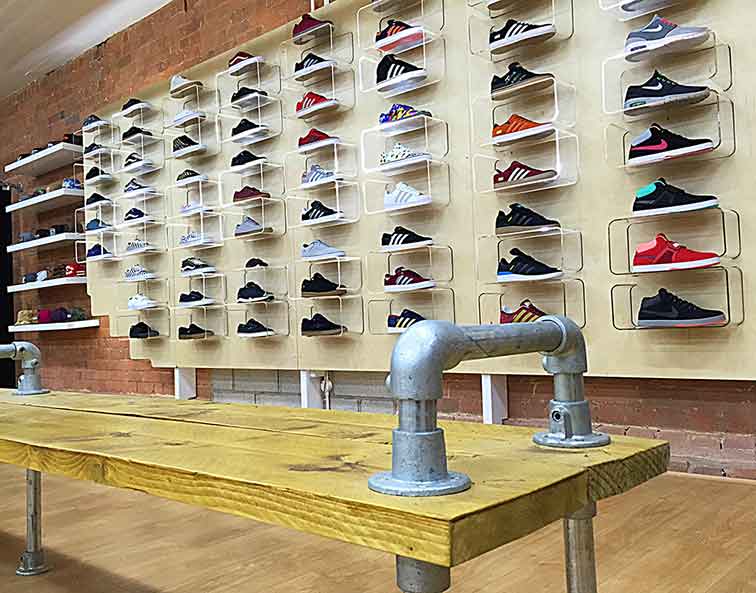 On top of your previous videos, are there any plans for a new shop video?
So far we have made two full length videos and there is always talk of another. Usually it’s just Eddie Belvedere’s imagination, care to step up Ed and produce the new Black Sheep Video?

If you had to diversify into selling something non-skate what would it be? Coffee? Fruit and veg?
We reckon we’d kill it if we built a Black Sheep Tiki Bar, cocktails, hula-dancing all that sort of stuff haha.

What’s the dumbest thing you’ve been asked for?
There is an ever growing list, Rizla papers, Hoverboards, a charger for a Nokia 3210. We always get people asking if the trucks we sell are bongs… 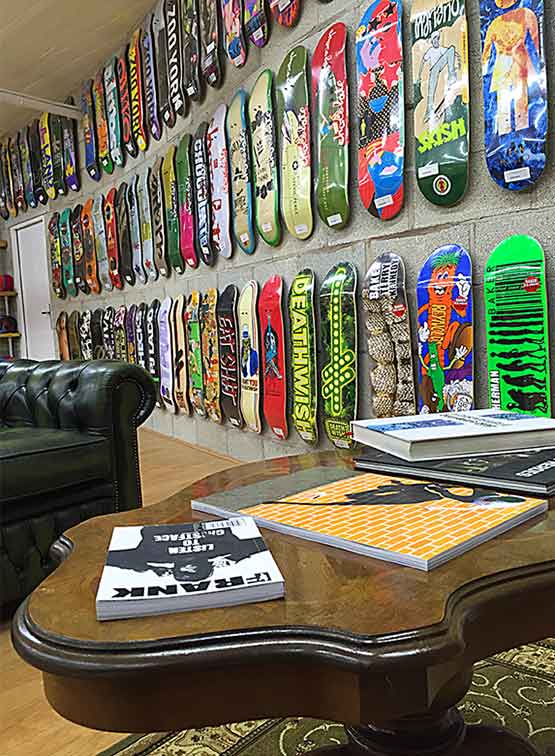 How’s your online sales game? Website address?
Currently is about 60% online, 40% in-store. However we have a background in bricks & mortar retail so the store itself doesn’t get neglected. Check us out at www.blacksheepstore.co.uk

Social Media Links? What can people expect from your instagram?
We have the usual…

Our insta is @blacksheepstore, expect to see our newest product, photos of the shop as well as footage & photos of the team. We also do instagram team takeovers from time to time. Our hashtag is #blacksheepfamily